Plenty of Harvard students have interests that bridge the seemingly disparate fields of art and science. A smaller number combine them in a joint concentration. Maille Radford ’17 has gone even further, accomplishing a first in Harvard history: earning joint degrees in Chemistry and the History of Art and Architecture (HAA).

Add to that the fact that Radford has already gained experience in art conservation, a field uniting both disciplines. Through an internship in the Straus Center for Conservation and Technical Studies at the Harvard Art Museums during her senior year, Radford sampled and analyzed objects made from a variety of materials. She applied what she learned to her thesis about the evolution, use, reception, and degradation of plastics in modern art.

“Being able to work in conservation for the first time, I’ve realized how my studies over the past four years may apply to studying art and artists’ materials. It’s an incredible opportunity,” Radford said, “and has made me look at artwork differently.”

Raised in Dallas, Radford developed her interests in curating and conservation early on. When she was young, she and her sister visited museums every Friday. During high school, she interned at the Kimbell Art Museum in Fort Worth. Her curiosity about conservation science was further piqued by a family friend who worked as a paper conservator at the Metropolitan Museum of Art in New York.

At Harvard, Radford initially declared a chemistry concentration, but her love for art remained strong. So she approached Gregory Tucci, director of undergraduate studies in chemistry and senior lecturer on chemistry and chemical biology, to ask whether she could pursue a joint concentration.

“This had never been done before, so at first I was thinking the answer was going to be no way,” recalled Tucci. “But by the end of our conversation, it was clear that she was a very special person and that actually, she must do this.”

Blazing the trail wasn’t easy. Radford had to build her own academic plan of study in order to prove she could graduate in four years. And due to the sheer number of courses required by each discipline, she had few opportunities to study subjects beyond her fields (she said she would have used the extra time to take HAA classes anyway).

Still, the fact that Radford earned her joint degree (right on time, to boot) was “not surprising” to Tucci. “Maille’s someone who gets everything done, and she gets it done to the absolute highest standards,” Tucci said.

Benjamin Buchloh, the Andrew W. Mellon Professor of Modern Art and Radford’s HAA advisor, echoed Tucci. “Maille was more than capable and qualified to do this,” he said, adding that Radford’s interdisciplinary thesis, which incorporated analysis of Richard Hamilton’s use of plastic in The Solomon R. Guggenheim reliefs (1965–66), was “quite outstanding.”

From the Classroom to the Lab

The pinnacle of Radford’s unique academic odyssey was her Straus Center internship. Her joint concentration required that the two disciplines be addressed in a single thesis; one place where she could conduct research to that end was right under her nose. The Straus Center was founded to encourage the intersection of conservation, conservation science, and curatorial practice.

“There’s an artificial divide between the humanities and the sciences,” said Narayan Khandekar, the Straus Center’s director. “But it’s not often you find people who are willing to take risks to bridge that divide. I’m really happy Maille was able to do it.”

The Straus Center rarely accepts undergraduate interns, due to the rigorous and advanced level of work required in conservation labs. But Khandekar said he could tell Radford possessed the knowledge and skills as well as the enthusiasm.

She worked closely with Georgina Rayner, the Andrew W. Mellon Postdoctoral Fellow in Conservation Science, to contribute to a comprehensive survey of the museums’ plastics collection. Radford said it was exhilarating—if also intimidating—to observe the extraction of samples from works she had studied in HAA classes, such as Russian sculptor Naum Gabo’s Construction in Space with Balance on Two Points (c. 1925–26), and to work directly with other objects such as Jim Dine’s prints portfolio A Tool Box (1966). With Rayner’s oversight, Radford analyzed these objects using specialized equipment, such as the FTIR (Fourier transform infrared spectrometer).

Katherine Eremin, the Straus Center’s Patricia Cornwell Senior Conservation Scientist, assisted Radford with the analysis and identification of pigments in Islamic manuscripts from the collection of Villa I Tatti, home to the Harvard University Center for Italian Renaissance Studies, in Florence, Italy. The works are part of the exhibition A New Light on Bernard Berenson: Persian Paintings from Villa I Tatti (May 20–August 13, 2017).

“You learn fine motor skills and analytical techniques in the lab, but actually applying them to the artworks is very different,” Radford said.

A Constant Connection to Art

Though Radford spent two days a week in the Straus Center as a senior, her involvement with the Harvard Art Museums stretches back to her first days on campus. As a member of the museums’ Student Board since Spring 2014, Radford helped connect the campus community and her fellow Dunster House residents with the museums. The group organized House Teas, Student Late Nights, and other popular events held in the museums.

“They say it’s the students’ museum, and it’s really felt that way, based on all the chances the Student Board has had to meet with the director, curatorial staff, and others who work here,” Radford said. “It was meaningful to see how much the student perspective is valued.”

Upon graduation, she’ll leave behind Harvard’s familiar artworks and laboratories, but not the world of museums. With a prestigious Marshall Scholarship, Radford will pursue graduate degrees in curatorial studies and art history. By focusing on these areas, Radford hopes to determine whether she’ll pursue a career as a curator, a conservation scientist, or something in between.

“I’m so appreciative that I have this background,” Radford said, “because it has helped me understand the potential of analyzing artwork.”

This story was originally published by the Harvard Gazette on April 10, 2017. 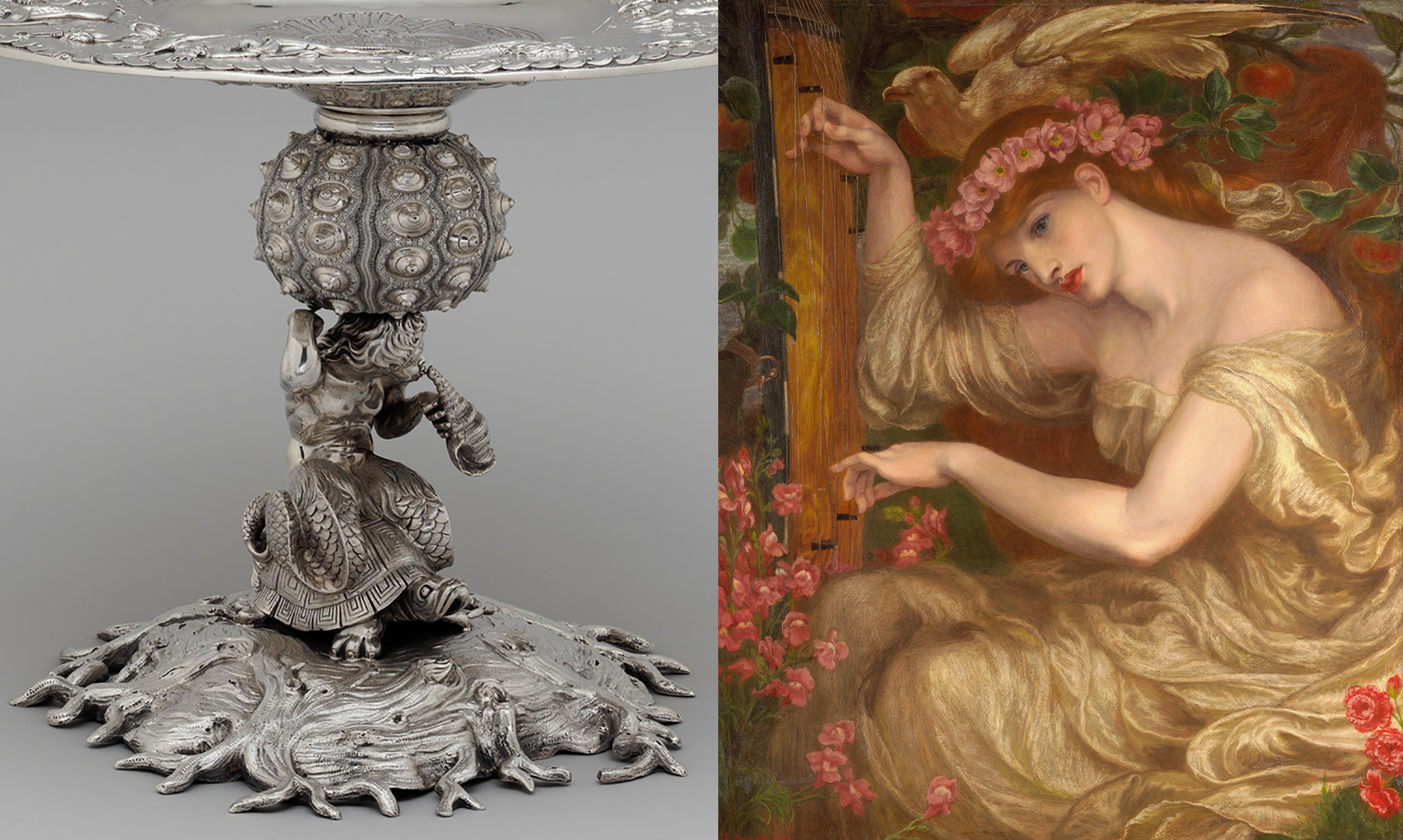 In celebration of the Bauhaus centennial, one of the largest paintings in the Harvard Art Museums collections was cleaned and restored while being studied alongside preparatory works in the collections.