This touching image belongs to a group of four closely related studies by De Gheyn, executed in the same media and on similar paper, of Roma women and children (Fig. 1).1 De Gheyn worked on a coarse, fibrous paper in gallnut ink over a preliminary sketch in black chalk, from which the pen work departs in places. With its profuse, rhythmic zigzags and long, curvilinear strokes that evoke the swelling forms of the woman’s skirt and cape, the study exemplifies his mature technique, which derives from pen drawings of the 1590s by Hendrick Goltzius.2

The Roma migrated from India and arrived in northern Europe during the Middle Ages. In the Netherlands they were known as “heathens” and, because of their supposed country of origin, “Egyptians,” a misconception from which the English “gypsy” derives.3 Due to their unconventional dress, language, and customs, as well as their disregard for local ordinances, they were banished from the towns and condemned to a marginal life of wandering and camping in the countryside.4 During the 1590s, scholars at the University of Leiden studied the language and customs of the Roma—an interest that De Gheyn, with his close connections to the university, evidently shared.5

De Gheyn’s studies culminated in two prints designed, but not engraved, by him. His drawings objectively record the distinctive clothing and physiognomies of the Roma, and the tender solicitude of the mother in the Harvard sheet, who wears the cape and headdress typical of Roma costume, attests to the draftsman’s empathy for his exotic subjects. However, the prints—like works by Hendrick Avercamp, Jan Miense Molenaer, Georges de la Tour, and other artists of the early seventeenth century—cast them in their conventional roles as social outcasts who survived by deceit, begging, and petty crimes. In one engraving after De Gheyn, four Roma women and two children stop on a road near a farmhouse to prepare a meal. The farmer and his wife watch them suspiciously from their property, while their dog approaches the strangers, snarling aggressively.6 The other print depicts an expensively dressed Dutch woman, who pays a disheveled Roma crone to tell her fortune (Fig. 2).7 It is one of the earliest of many seventeenth-century Dutch works that feature a Roma fortune teller.8 The text beneath the image does not address the social stigma of the Roma, but rather deplores the gullibility of the young woman: instead of consulting a surgeon about her malady, she resorts to a fortune teller to “hear those things from the future that she wishes to hear.”9 De Gheyn based the figure of the boy at the right edge of the engraving on the youth he had sketched in the Chicago drawing (see Fig. 1), the only detail among the four surviving studies that he translated directly into a print. The engraving, attributed to Andries Jacobsz. Stock, dates from about 1608, but De Gheyn probably executed the four studies of Roma women and children a few years earlier.10 Van Regteren Altena noted that Hendrick Goudt drew an exact copy of the boy in the Chicago drawing.11 If Goudt copied the figure before he departed, probably in 1604, for a protracted sojourn in Rome, the Chicago sheet and the other three studies of Roma women and children must date from that year at the latest.12 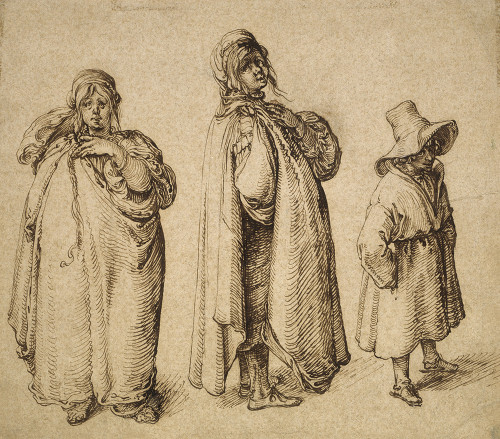 Fig. 1 Jacques de Gheyn II, Two Studies of a Roma Woman and a Roma Boy in a Large Hat 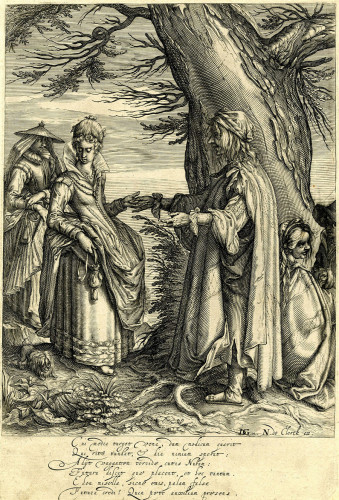