Before the existence of printing technologies that could rapidly reproduce photographs in ink, books in the 19th century were illustrated with actual photographs. As we consider not only these photobooks but also the scrapbooks and albums in our collections, we ask: how does the context in which we view photographs influence the meaning we derive from them?

The Harvard Art Museums have more than 100 photographically illustrated books, albums, and scrapbooks in the collections; these works cover a wide range of subjects, including anatomy, travel, ethnography, documentary photography, architectural history, and art history.

The terminology used to describe books that contain photographs can be confusing, and types often overlap. The term “photographically illustrated book” denotes books in which photographs are used to illustrate text but do not constitute the primary content. An album, on the other hand, is generally used to describe a book in which a single type of image—a photograph, for instance—is displayed consistently and uniformly and is the focus of the book. Scrapbooks are yet another category: they are one-of-a-kind, handmade assemblages of photographs and other printed, handwritten, and handmade materials. All these types provide contextual information that might be lost if the images were to be viewed in isolation. However, bound formats can also pose unique challenges to interpretation and preservation.

What They Can Tell Us

Books and albums provide information about how the photographs were valued and used by their makers and owners. A beautifully decorated album of slotted-in portraits might indicate an object of aesthetic and sentimental value (such as the scrapbook in the images above), while the presence of informative text and minimal decoration may point toward the object’s didactic intent (such as this photographically illustrated book about ruins). Annotations in scrapbooks (such as the example shown below) often name people or places that cannot be identified based on the image alone; they may also introduce personal meaning to a mass-produced image. The re-assemblage and re-use of photographic and printed materials adds context to images that does not exist for other copies of those same images.

One way that books can preserve contextual information is by preserving materials. As with any historical object, the conditions under which these books and photographs were made, together with the histories of their use, are represented in part through the materials of the object. Understanding the source of a material or its characteristics can reveal important information about a book’s or photograph’s intended use, where or when it was made, and its current or future condition. This is true even for books and albums published in multiples. Further, each image in photographically illustrated books, even those produced in multiples, is unique because of its handmade nature.

Condition and material history are closely intertwined. For instance, albumen developing papers were very common in the 19th century, but their fugitive dye rarely survives outside of albums because of the harmful effects of light exposure (see the damaged paper in the Victorian scrapbook below). Preventing exposure to light and airborne pollutants can have a substantial impact on the longevity of a photograph. Our understanding of the use and prevalence of these tinted papers is a direct result of those papers having been preserved in books, albums, and scrapbooks.

The context of material history can be useful to researchers in understanding these kinds of books, but it’s possible for it to be misinterpreted. Take, for instance, an album of Chinese and Korean tourist photography that was re-bound in the 20th century, possibly because the binding had become unstable. Close examination revealed that the photographs in the book were characteristic of a late 19th century commercially produced album, but that the binding was characteristic of a private library from the mid-20th century. When an album is rebound, this can have several possible effects on the original presentation and context of the photographs. The mounts, binding style, and even the image order are sometimes changed and surrounding textual information lost. The book’s binding can thus provide important context for “reading” the photographs, and losing that binding can decontextualize the image, making it difficult or impossible to determine how it was originally meant to be presented.

Albums, scrapbooks, and photographically illustrated books can also raise conservation challenges. These objects represent a mix of manufacturing techniques: some are professionally printed and published, some are entirely handmade, and some are handmade but built on a commercially produced blank book. Furthermore, a wide variety of photographic processes can be found in the pages of these objects, including salted paper, albumen, collodion, and gelatin, as well as more obscure and rare processes.

Because of this diverse and composite structure, bound materials can be particularly complicated for conservators. In addition to the range of photographs, they can vary in the types of papers, glues and sewing in the binding and covers, linen tape attachments for the pages, metallic clasps, and decorative covers used, which can sometimes include leather, lacquer, fabric, and even inset photographs. These materials can all deteriorate at different rates, and although bound volumes often protect the photographs contained within, certain components of the books can in fact contribute to deterioration of photographic materials. Conservators describe this as an “inherent vice,” referring to a material’s propensity to deteriorate in a predictable way. The pre-made book structures that are often used for scrapbooks can contain a mix of materials, some of which lack long-term stability. A classic example of inherent vice in photographic albums is the tendency for black paper pages—extremely popular in the 19th and 20th centuries—to break and detach from the album, because of that paper’s very soft and weak nature.

In addition, complicated binding structures often fail due to inherent weaknesses. While the plastic cover of the Victorian album pictured below is intact, the comparatively weaker textile spine has torn. The pages have also been damaged in a way that is consistent with commercial album structures that allow photographs to be inserted into a pre-cut window. In this case, the failure is not one of materials but of design: it is easy to slide photographs into the slots in the pages but difficult to get them out. Users often simply tore the edges of the pages to access the photographs.

At times, the nature of the interaction between photographic and non-photographic elements of an album may be mysterious. Photograph conservators strive to understand why things look the way they do. Is it because of an aging process we should try to control? Or is it some physical or chemical feature inherent to the photograph or album that cannot be remediated without fundamentally altering the context for the images? For example, an ongoing project focused on Gardner’s Photographic Sketch Book of the War, an album of albumen photographs depicting scenes from the American Civil War, is investigating some unusual qualities of the photographs, many of which exhibit significant fading at the edges, as in the image below. It was initially believed that edges faded because the brown borders around the photographs were printed in ink and extend just a little behind the photographs. However, careful examination has shown that these faded areas correspond to spots where more air—and thus airborne pollutants—infiltrated the album. This discovery gives us important information about how we can expect photographs in albums to age, and therefore what actions we might take to prevent them from deteriorating. 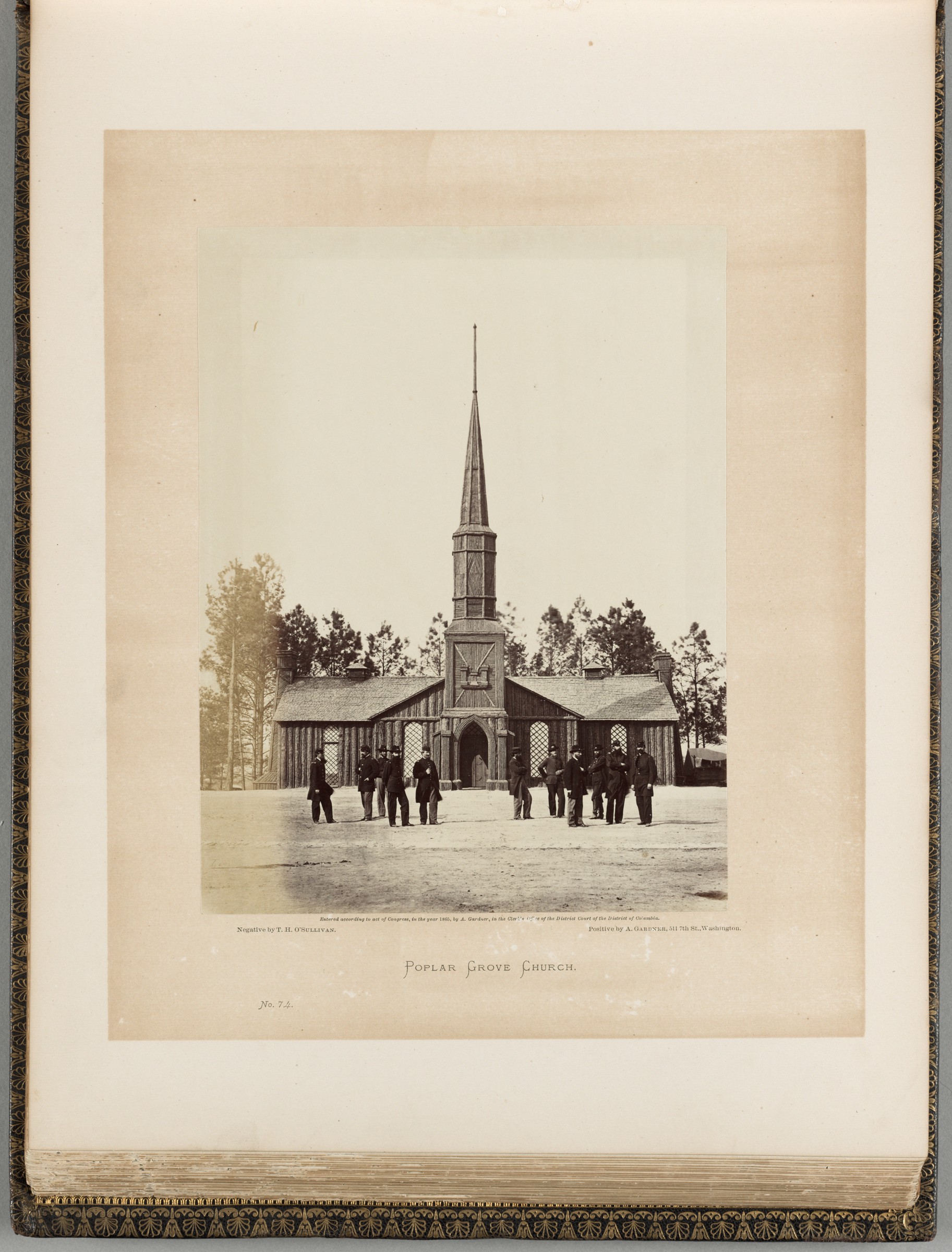 Albums, scrapbooks, and illustrated books are key objects in the history of photography. They preserve our knowledge of how photographs were used, disseminated, and imbued with meaning, both cultural and personal. Although these bound formats can pose challenges for researchers and conservators alike, it is vital that we preserve photographs within their original contexts to increase our understanding and appreciation of these works.

Drawings curator Joachim Homann pays tribute to the late Werner Kramarsky, a collector who generously supported contemporary artists and who donated outstanding works on paper to the museums.