When it comes to working in a dynamic environment, museum attendants at the Harvard Art Museums are pros. Due to ongoing rotations (officially known here as collections gallery installations), it’s not uncommon for an attendant to be surrounded by familiar art one day and completely new works the next.

Those surprises—more frequent now than in the past—make the job much more interesting, said longtime attendant Judith Winters. “You never know what objects you’re going to lose and what you’re going to get,” she said, standing in front of Morris Louis’s Blue Veil, just one of the many works that were recently rotated into our galleries.

Often, changes occur because certain works—such as drawings and prints on paper—are light-sensitive or fragile, and can be displayed for only a few months at a time. Paintings, sculptures, and other, more stable objects also experience regular rotations, however, for a variety of reasons: from changing needs for teaching, to loan requests from other institutions, to plans for routine conservation.

In fact, nearly 500 works were rotated in the galleries over the new museums’ inaugural year—an impressive feat, considering that each installation is facilitated by staff from every corner of the museums. Curators and conservators select and prepare objects, for instance, while editors and designers produce wall labels. Meanwhile, staff in Collections Management handle the installation and de-installation of objects and their associated labels.

Rotations can be “a lot of work, but they’re always stimulating and exciting,” said Karen Gausch, manager of exhibition production and collections care. She estimates that as of the end of August last year, at least 80 percent of the galleries had experienced some number of rotations.

The prep work for installing an object can take weeks. Sometimes, objects must be conserved before they are ready for display; in addition, some objects require staff to create special armatures or mounts.

Initially, it was a challenge to arrange installations while also ensuring that all of the activities and individuals affected by a gallery closure—classes, tour groups, public events, and more—were accounted for. But “we’ve got the logistics down now,” Gausch said.

Recent noteworthy rotations include, on Level 3, two watercolors by architect Eliot F. Noyes depicting reliefs from the ancient city of Persepolis, displayed in the Ancient Near Eastern Art gallery.

On Level 2, visitors will find a number of elegant Japanese Rinpa School paintings dating from the 17th through the 19th century, from the Feinberg Collection, in gallery 2600. Nearby, careful viewers will notice an Indian textile, Pichhavai Depicting Dana Lila (Krishna Demands a Toll from the Gopis), displayed opposite the painting Shrinathji Worshipped at Sharat Purnima (Autumn Full Moon Festival), which shows a pichhavai textile in context. And Mathew Brady’s photograph of Mary B. Matthews Moffat now hangs next to a drawing by French artist Jean-Auguste-Dominique Ingres, of his wife, Mme Delphine Ingres, providing an intriguing visual comparison between traditional portraiture and the “new” technology of photography.

On Level 1, Margarete Bittkow-Köhler’s 1921 textile Wall Hanging has been installed in one of the Busch-Reisinger Museum’s galleries, along with a handful of new works on paper.

Though it takes tremendous coordination to pull off the steady pace and high volume of these and other rotations, our staff continue to marvel at the regularly changing displays. And perhaps the greatest benefit of all: no two visits to the museums are ever the same. 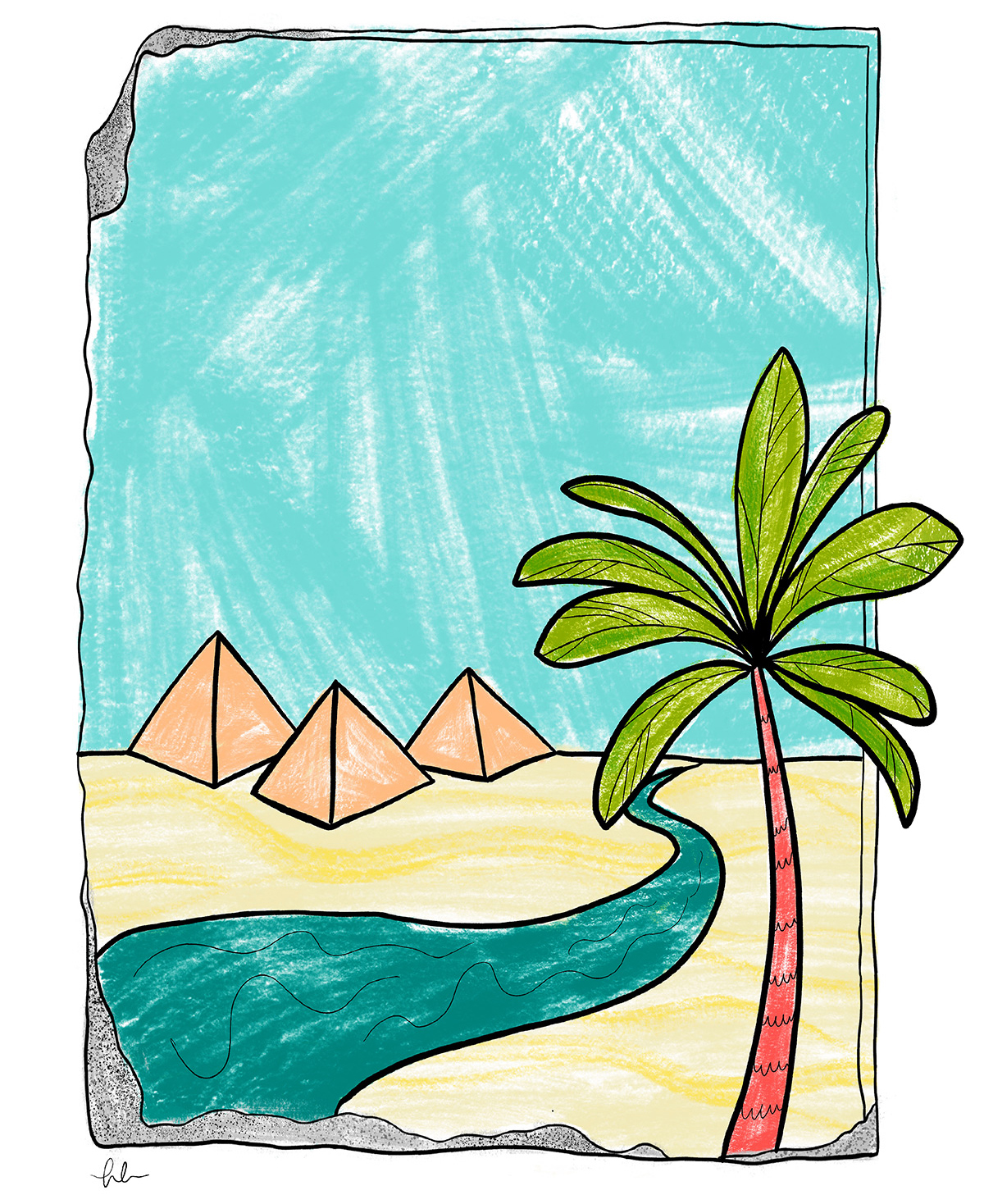 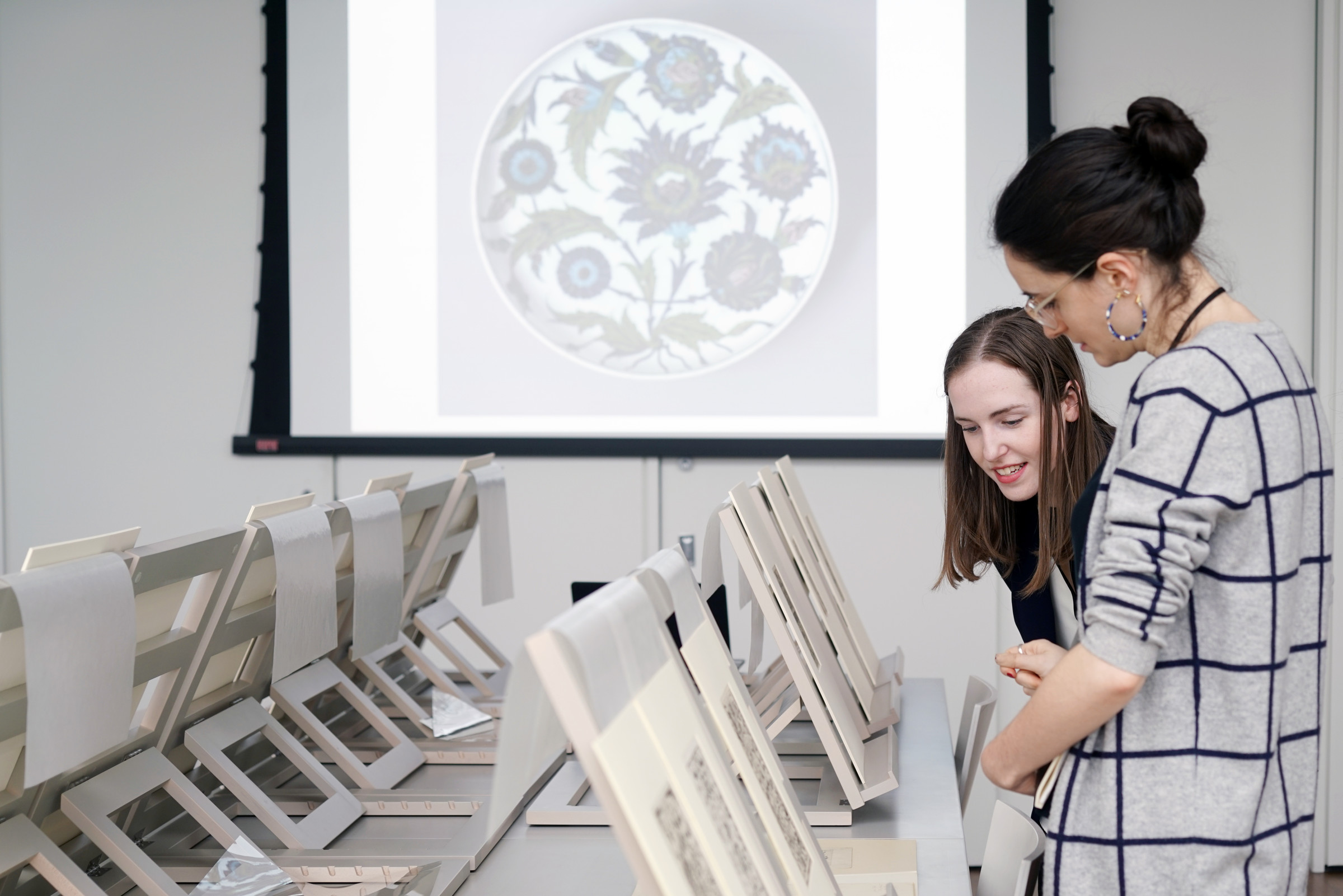