The story goes that the goddess Isis—a great magician and wife of the god Osiris—gave birth to their child Horus in the marshes of the Nile Delta. There she and her son hid from Horus’s uncle Seth, who had killed Osiris and assumed the throne of Egypt. One day, when Isis returned to their refuge from gathering food, she found Horus gravely ill.

Desperately seeking a cure for her son, she turned first to the people of the marshes, who despite their sympathies were unable to help the child. But a wise woman offered a possible cause of Horus’s illness: perhaps he had been stung by a scorpion or bitten by a snake.

Realizing that the woman was right, Isis cried out to the heavens. In doing so, she stopped the solar barque of Re—and thus the sun itself—from moving across the sky. Thoth, the god of wisdom and writing, alighted from the barque and came to Isis with a series of incantations that successfully healed Horus from the poison. These incantations likened the suffering of humans to that of the divine child; consequently, they were guaranteed to heal any person who had been bitten or stung, too.

For ancient Egyptians suffering from similar ailments, this promise of healing took physical form in objects such as this limestone magical stele, an example of what is called the Horus on the Crocodiles type. People would douse, dip, or rub these objects with water and then drink the water to cure their bites and stings. The liquid was believed to absorb the potency of the object’s texts and images, “filling the body” with curative magic.

Heka—a word Egyptologists often translate as “magic” in English—was neither marginal nor deviant with respect to other forms of Egyptian religious practice. Applying heka was considered a way for both people and the gods to keep the world in order. Moreover, it was a standard part of Egyptian medical treatment. Some ailments were thought to be caused by malevolent forces, therefore requiring magical intervention to be cured. Medical practitioners, who often bore priestly titles, employed a combination of material remedies and incantations for their patients. Papyrus Ebers, a medical compendium from the 16th century BCE, contains a standard formula designed to infuse ingested remedies with heka. This implies that it was not only the prescribed material that was believed to heal the illness, but also the magic with which it was imbued.

Objects like this magical stele were in use from the 18th dynasty (c. 1550–1295 BCE) through the Roman Period (30 BCE–395 CE), likely by members of all social classes. They vary in size from a few feet high to amulets small enough to be worn or carried around, such as this one in the museums’ collections. Larger examples were set up in temple courtyards, which were the most accessible spaces to the broader population. Mid-sized ones were probably used in domestic spaces or dedicated as votive offerings, while the smallest ones were either worn for protection or carried in physicians’ kits for on-the-go use.

The present stele is about 11 inches tall, about 6 inches wide, and less than 2 inches thick—around the size of a small laptop, although probably much heavier. Its size and subject matter suggest that it may have been set up in a home. It dates to the Late Period (c. 664–332 BCE), and the style of the figures indicates that it was made before the fourth century BCE. Its contents are divided horizontally into two registers.

In the center of the upper register is the child Horus standing atop two crocodiles. His nudity (apart from a collar necklace) and his hairstyle—a single lock of hair on the right side of his head—are visual cues to his young age. In his right hand, he holds two snakes by their tails and an oryx (a straight-horned antelope native to Africa) by its horns. In his left hand are two snakes, a scorpion, and a lion, which he clasps by their tails. He is flanked by his mother Isis, who wears the crown of a solar disk between cow’s horns that is typical of the goddess Hathor, and his elder self, a falcon-headed Horus wearing the dual crown of a united Egypt.

These images bear echoes of Horus’s ordeal in the marshes. Egyptian art always depicts a perfect version of the world—so although the child god suffers greatly in the above myth, on the stele we see him in triumph over the forces of chaos and evil, rather than in the thick of it. Horus is shown in mastery of dangerous river and desert animals that represent both practical and mythological threats in the Egyptian world. Crocodiles, snakes, and scorpions were a concern to Egyptians in their everyday lives, but also allude to malevolent deities such as Apophis, the serpentine enemy of the sun god Re. Lions and oryxes were symbols of the wilderness, which was the domain of Seth, and oryxes were specifically identified with that god. The images of Isis and the adult Horus on either side of the child suggest both his mother’s support throughout his ordeal and his eventual success in adulthood, when he avenged the death of his father, reclaiming the Egyptian throne from his uncle.

In the lower register, a man who appears to be a priest—judging by his shaved head—addresses the goddess Taweret. In his left hand, he holds a censer in the shape of an outstretched arm, which doubles as text: the arm is also the hieroglyph for the verb “to give,” so that he offers incense to the goddess with an implement that describes his action. In his right hand is a ritual rattle called a sistrum, which was used in ceremonies for certain goddesses. (We have four sistra at the Harvard Art Museums.) Taweret, a household deity who served as a fierce protector of mothers, children, and pregnancy, faces the man. She has the body of a hippopotamus, tail of a crocodile, paws of a lion, and human breasts. She holds a sharp dagger in her paw, which she rests on the loop-shaped hieroglyph for “protection”—sa—another element that doubles as both text and image. Between the man and the goddess are a lotus, symbolic of rebirth, and an object on a pedestal, which I originally thought was an egg (as you’ll see in the above video). In fact, it is a vessel for ritual purification called a nemset. We have a vessel of this shape in our collections, and you can see another one atop a pedestal on this stele at the Metropolitan Museum of Art.

The content of the lower register is unusual for this kind of object: in fact, it recalls another type of stele dedicated to Taweret to ensure safety in childbirth, illustrated by an example in the British Museum. The combination of this imagery with the theme of Horus on the Crocodiles may be unique to Harvard’s magical stele. The man in the lower register is probably the person who commissioned this object: he may have done so in order to protect his wife in childbirth as well as to defend his children from impending dangers after they were born.

Protruding from the top of the stele is the leonine face of the god Bes, protector of households, pregnant women, and children. His head is a standard element on objects of this type and is always placed above the child Horus. We may imagine that the rest of the stele is like Bes’s body, supporting and protecting everything that occurs in the registers below.

Many of the objects representing Horus on the Crocodiles are covered with incantations, or with “pseudo-texts” that allude to them. (See here for a translation of the texts inscribed on a stele from the fourth century BCE at the Metropolitan Museum of Art.) The Harvard Art Museums’ magical stele does not bear any of these texts, but it does, quite curiously, contain three groups of blank vertical registers where it appears that some form of text should go. The back of the stele, which is finished but roughly worked when compared with its front, is marked with two nearly vertical incisions that may also pertain to the layout of texts in some way.

It is possible that this stele is unfinished, although it shows possible signs of use, such as the darkened areas at the top where liquids were meant to be poured and the dark horizontal band at the bottom where they may have pooled. (These areas have been analyzed to identify possible residues, but the results were inconclusive.) Moreover, we should not assume that this stele required texts in order to work: one may read the absence of inscriptions as a sign that the images were potent enough on their own. Alternatively, inscriptions may have been painted onto the limestone, dissolving into the liquid poured over the stele and thus imbuing it with magic. It is also possible that the blank registers deliberately gestured to the existence of texts, with their outlines being sufficient to represent them. Perhaps the patron could not afford to have the stele inscribed, or perhaps no suitable craftsman was available to work on it.

Practically speaking, this remarkable object was a curative for snake bites and scorpion stings, part of a medical practice that regularly employed elements that we deem “magical” today. It may also have been used to facilitate the safe delivery of children in its patron’s home. The stele draws on the themes of protection, family, and healing. But beyond this, it is about the triumph of order over chaos. The child Horus appears here not only as someone who has been saved, but also as a savior. It is a victory for that little guy, and “the little guy”—all of us—over the malevolent forces of the universe, and the dangers that threaten the most delicate of lives.

This magical stele was a bequest from Harvard alumnus Gerhardt Liebmann, an artist and prominent member of the LGBTQ community in New York City. To learn more about this object, watch the Art Talk in the video above. If you’d like to read more about Horus on the Crocodiles stelae in general, take a look at the references below.

Jen Thum is the Inga Maren Otto Curatorial Fellow in the Division of Academic and Public Programs at the Harvard Art Museums. 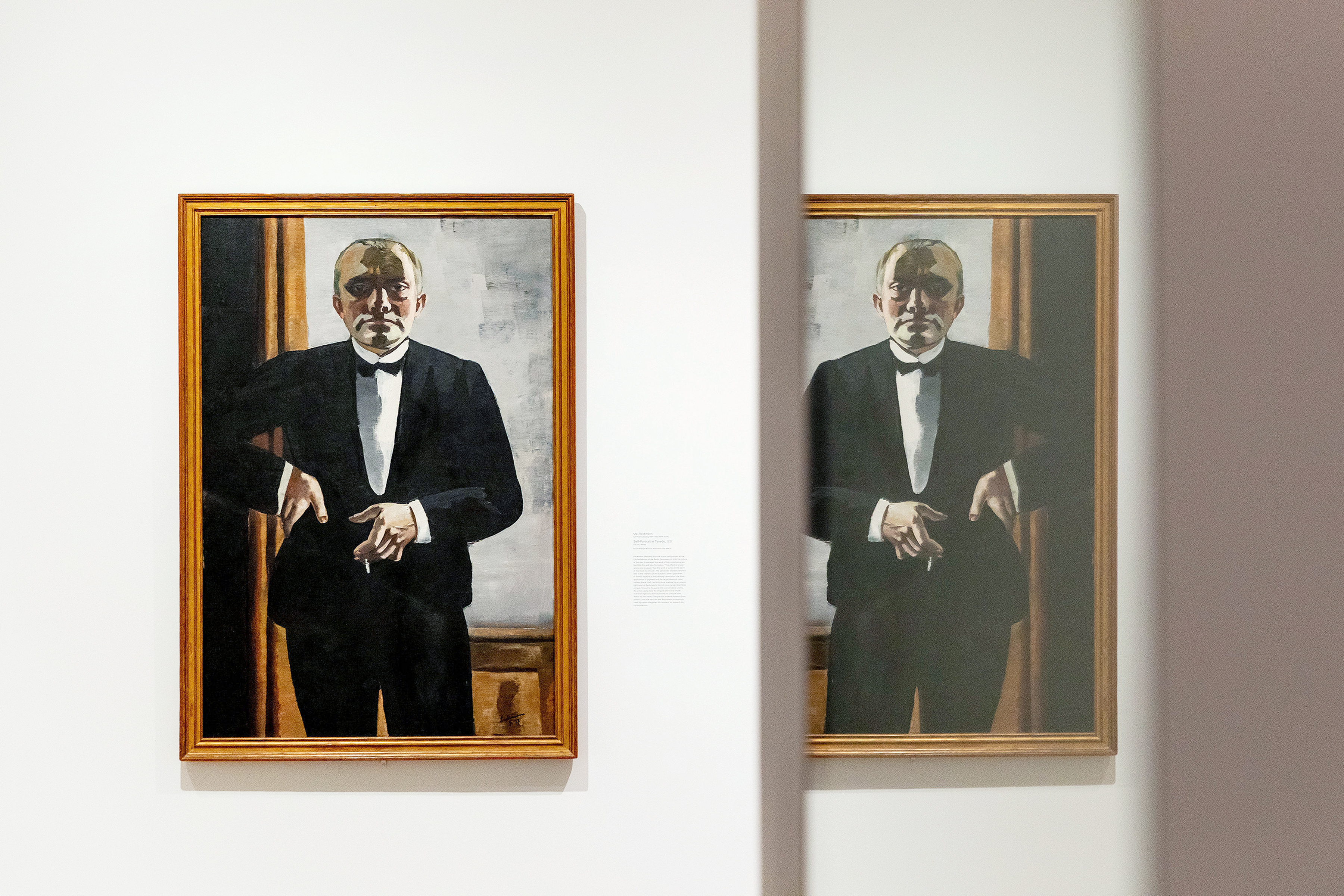